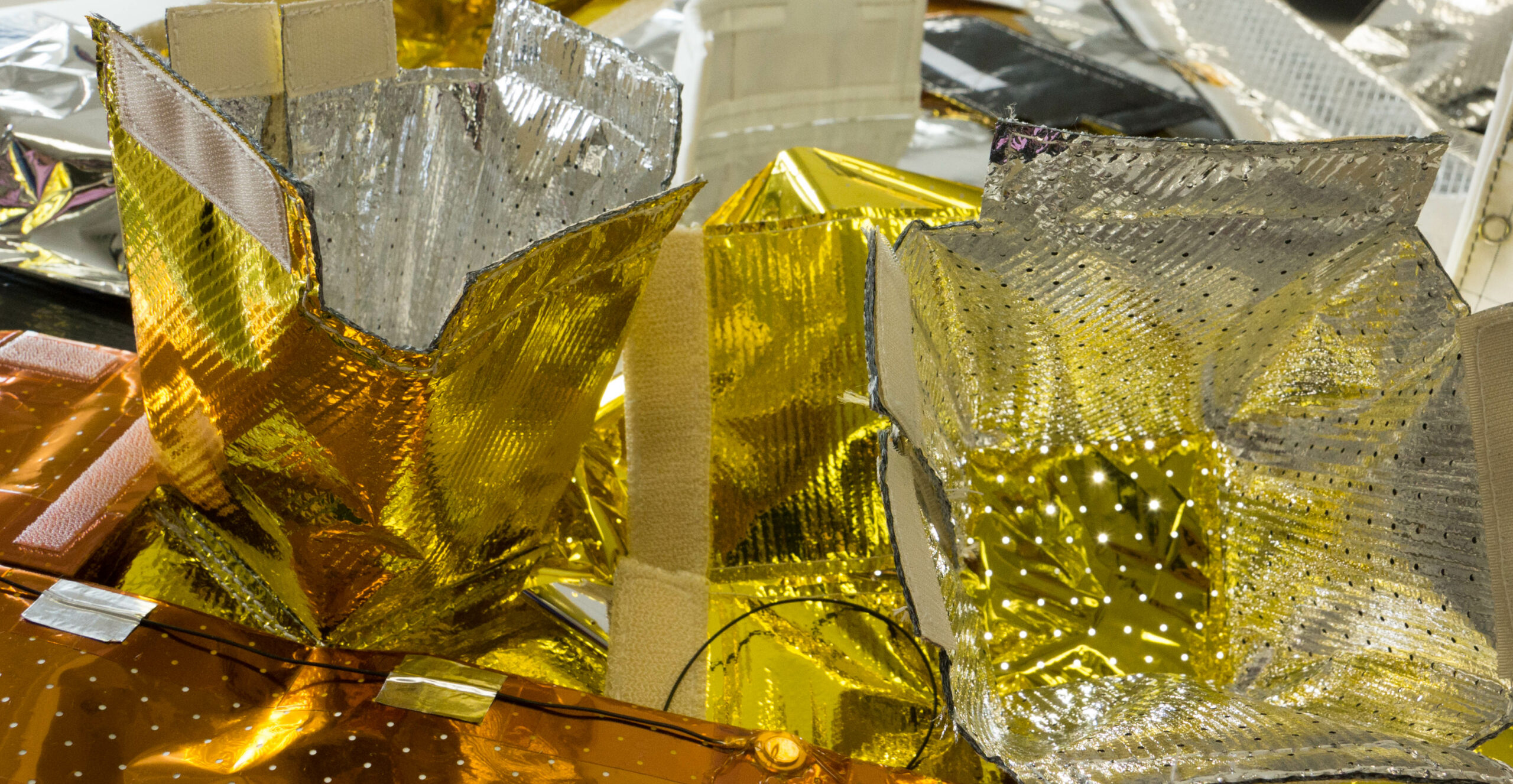 Multilayer Insulation (MLI) blankets provide passive thermal control to a variety of spacecraft, launch vehicles, and instruments in vacuum. They work by limiting the amount of radiative heat transfer through multiple layers of thin reflectors and spacer materials. AFM provides a wide range of MLI to the Aerospace community, using a combination of thin films, foils, and fabrics.

Our staff of engineers and technicians have extensive experience building, and custom fitting multilayer insulation (MLI) for a wide variety of customers with both build-to-print and design-to-fit projects. Our facility is uniquely designed, with a flexible manufacturing system, to produce MLI blankets, of any shape and size, for use on spacecraft, launch vehicles, and cryogenic applications. Specifications for blankets should be provided along with drawings, templates, and/or CAD files. We can also translate file formats for use on our automated cutting system. We have procedures for handling both DPD and MBD requirements. We are skilled at manufacturing either sewn blankets with fabric surfaces or taped blankets with plastic layers. Various sewing and taping techniques can be employed, and combinations of each can be used to produce the best blanket required by your mission.

Our MLI blankets have been used on countless spacecraft and satellites, from Low Earth Orbit to Geostationary Orbit and beyond. AFM has produced MLI for “Big Science” missions, individual satellites and constellations of satellites as well as the International Space Station, which has MLI and shields on the lab, airlock, nodes, and various truss elements.

Our engineers will work with you to perform the appropriate trade studies, examining which materials, optical properties, and thickness will be best suited in a MLI blanket for your upcoming mission. Contact AFM today for details and specifications and see how we can help make your dream a reality.

How does a spacecraft control its temperature?

A spacecraft uses a thermal control system to keep all the components operating within acceptable temperature ranges throughout all mission phases. It must work with the external environment where it is exposed to the intense heat generated by direct sunlight and extreme cold while facing deep space. Spacecraft use a variety of active and passive thermal control processes to protect equipment from overheating and keep systems from getting too cold. At Aerospace Fabrication & Materials (AFM), we have the expertise to assist with the design, manufacturing, and installation of passive thermal control for a wide variety of extreme thermal conditions and configurations.

What is passive thermal control?

What are Multilayer Insulation (MLI) blankets?

A typical MLI blanket layup includes multiple layers of thin metallized plastic films that can have a variety of coatings, conductivities, and optical appearances that are uniquely designed for every situation. The thin-coated plastic films or reflector layers are responsible for passively emitting or absorbing incoming radiation. By utilizing a large quantity of reflector layers, higher thermal efficiency can be achieved.

How do MLI blankets work?

MLI blankets work using the basic principles of heat transfer. MLI works best when it is utilized in a vacuum where only radiation and conduction are present. In the idealized case an MLI blanket would have infinitely long sheets separated such that the only mode of heat transfer is radiation, and no heat would transfer through the blanket. However, in practice the blankets are finite sizes that are held together by tape or stitching which introduces conduction. To optimize MLI blankets close to the idealized case it is necessary to incorporate low conducting spacers that reduce the contact between reflector layers.

What are the components of MLI blankets?

The most common primary component of an MLI blanket is a thin plastic sheet coated with a vapor deposited metal. The thin plastic sheets are made from polyimide or polyester films. MLI blankets are segmented into three main components: the outboard layer, the inner layers (the layup), and the inboard layer. The inner layers can be separated by low-conducting netting materials that mitigate the contact between reflector layers. A weight saving alternative to netting includes embossing or crinkling the reflectors to minimize the contact between reflectors layers.

What materials work best in an MLI blanket system?

A typical reflector layer is an aluminized polyimide or polyester film. The number of
reflector layers is dependent on the desired thermal performance. Thicker inboard and outboard materials increase the durability of the MLI blanket. In some instances, it makes sense to apply a reinforcement fabric to an inboard or outboard layer to increase toughness. Films come with a variety of options including perforations, reinforcements, and coatings that are driven by case-by-case requirements.

What environments change the materials for an MLI blanket system?

Extreme High Temperatures (400° C to 1300°C)
High temperature situations exist where conventional thin film materials won’t work in the application. For these situations we must introduce high temperature foils like nickel or titanium and special fabrics like quartz or ceramic as spacer materials.

Higher Temperatures (150° C to 400°C)
Polyimide films are ideal for elevated temperature ranges. Although polyimide films can operate at higher temperatures, they come at a higher cost and weight when compared to polyester films.

Lower Temperature (-250° C to 150°C)
Polyester films are some of the most common films in MLI layups and are ideal for low temperature ranges. Since polyester is cheaper than polyimide films it is the go-to solution for cryogenic applications.

Can MLI Blankets be used with other forms of spacecraft protection?

Various systems can be combined with MLI blanket soft goods. In some applications we join MLI with MMOD to protect manned spacecrafts from micrometeoroids. In other systems we combine the qualities of the passive system with active thermal control systems like heaters. Heaters can be incorporated in or on the blankets if desired.

Can you use MLI blankets on earth?

Yes, but MLI works best in a vacuum. They are used widely in MRI machines,
cryostats, superconducting devices, vacuum chambers, cryo-chambers, and storage of cryogenic liquids. MLI blankets used in these systems can also be referred to as superinsulation blankets.

How are superinsulation blankets different from MLI blankets?

Superinsulation is optimized to be used in environments with extreme conditions.
Although there is a pricing difference, for some applications the use of superinsulation is necessary. Superinsulation has the lowest thermal conductivity for a given thickness. The ability to easily conform to complex shapes makes superinsulation the superior option compared to Pearlite, Aerogel, and Foam. 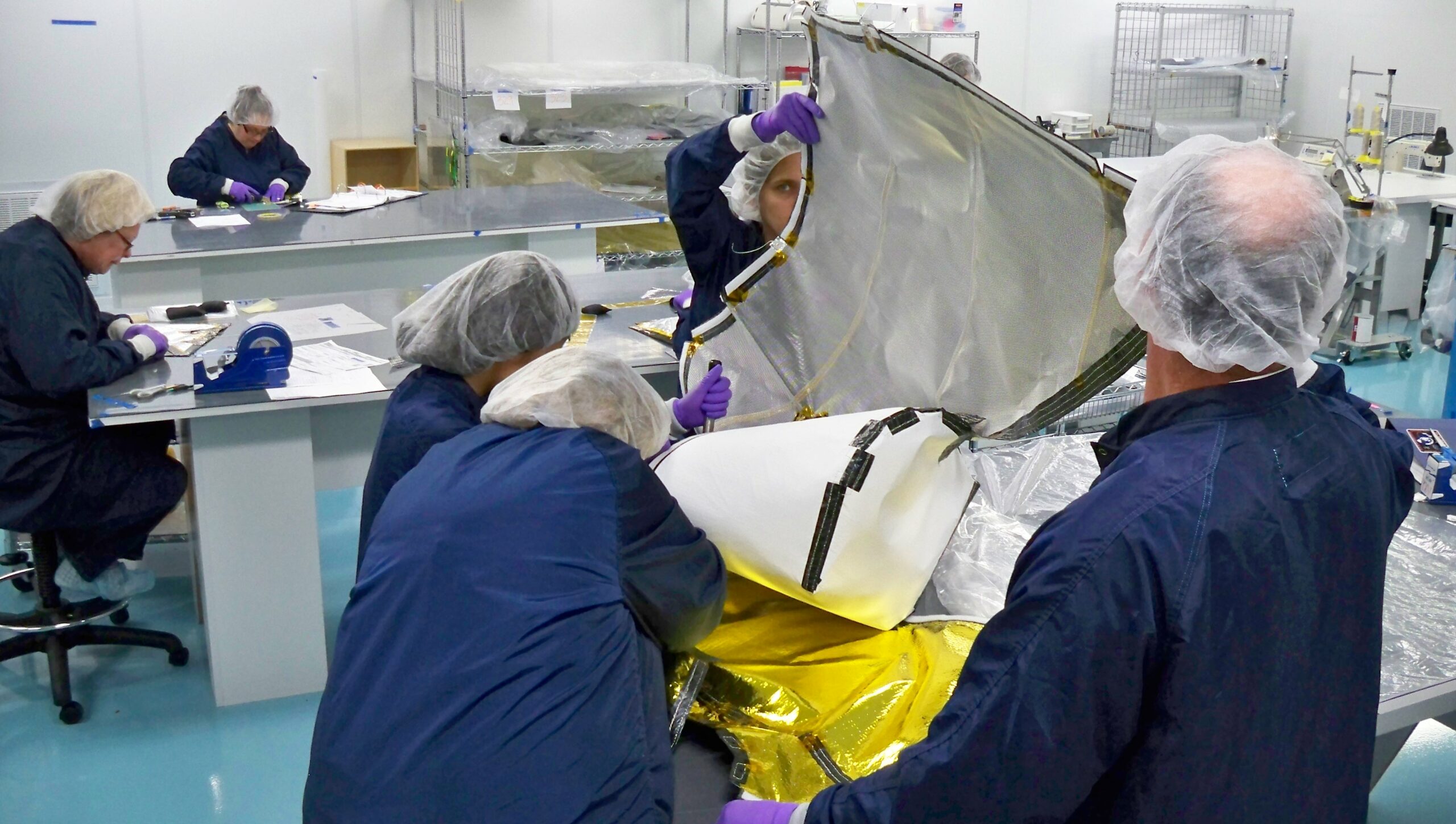 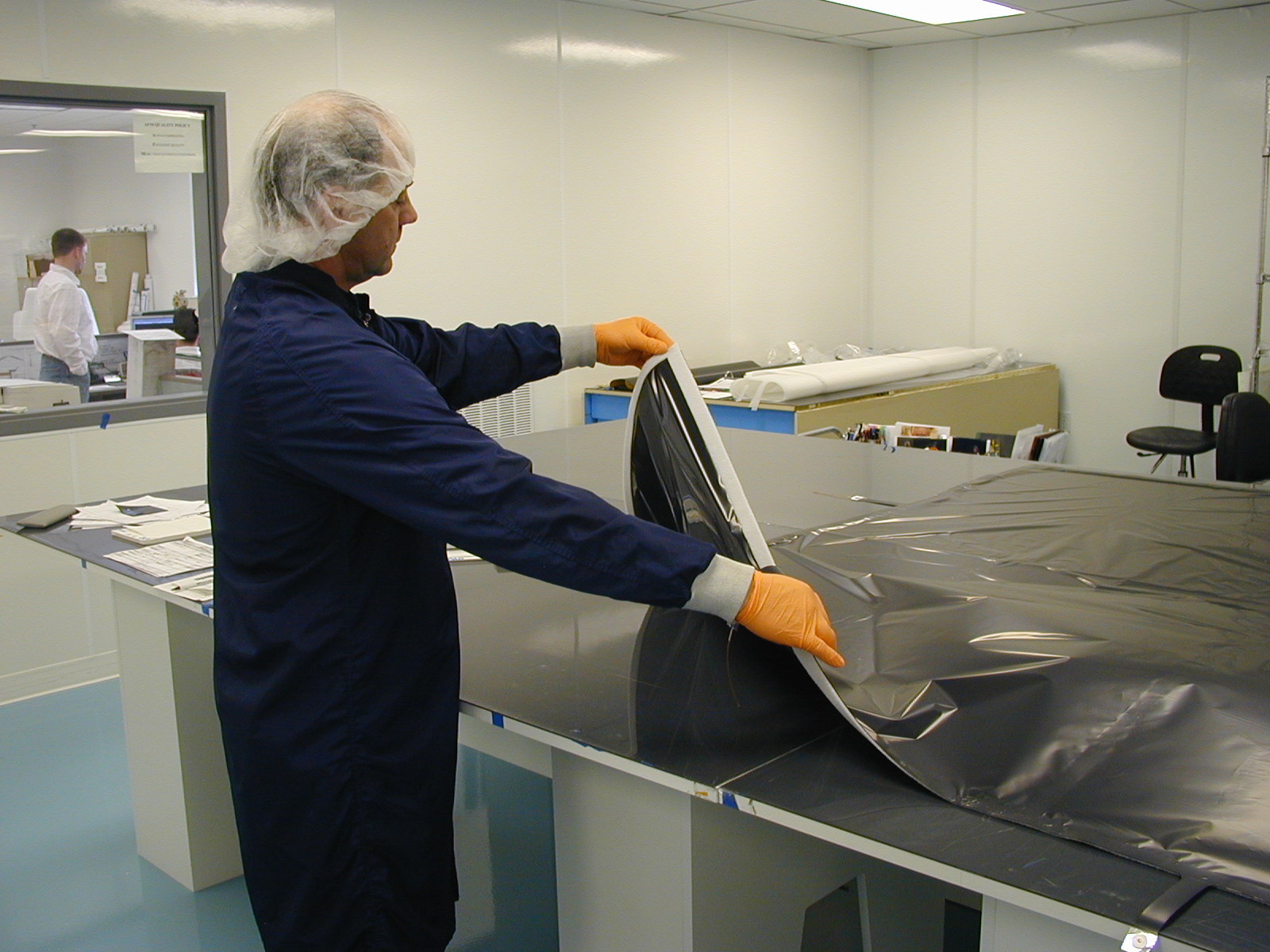 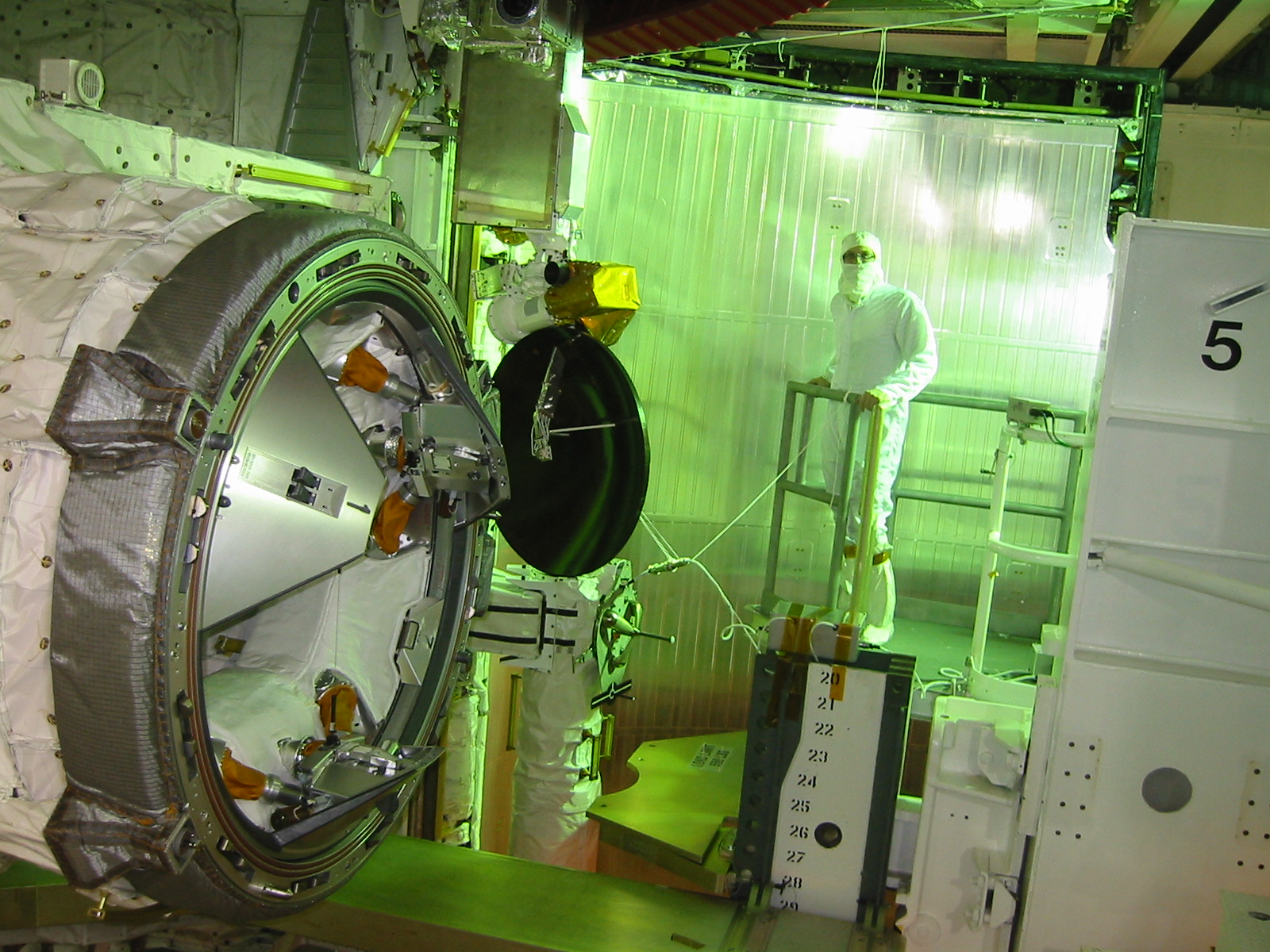